Harrisburg, PA – The Department of Military and Veterans Affairs (DMVA) announced the availability of up to $650,000 in competitive grants from the Veterans’ Trust Fund (VTF).

“We’re building and expanding partnerships with charitable organizations, veterans service organizations and county directors of veterans affairs through the Veterans’ Trust Fund,” said Brig. Gen. Tony Carrelli, Pennsylvania’s adjutant general. “The grants that we are awarding will ensure that the organizations who serve our veterans will be able to continue their good work and Pennsylvania’s veterans and their families will soon be the fortunate beneficiaries.”

Grants will be considered in the following areas:

Since the VTF was established in 2012, more than $1.4 million has been awarded in competitive grants.

“The Veterans’ Trust Fund has grown considerably and that is due to the generous Pennsylvanians who have voluntarily made a $3 donation when applying for or renewing their driver’s license or photo ID and renewing a motor vehicle registration, as well as proceeds from the sale of the Honoring our Veterans license plates for cars and motorcycles,” Carrelli added.

Grant information can be found at www.vtf.pa.gov. Grant applications must be received at DMVA by 4 p.m. Eastern Standard Time on Friday, November 18, 2016. Late submissions will be administratively rejected without review.

The Low-Income Home Energy Assistance Program, also known as LIHEAP, helps low-income families pay their heating bills. LIHEAP is a grant that offers assistance in the form of a cash grant, sent directly to the utility company, or a crisis grant for households in immediate danger of being without heat.

In addition to the LIHEAP cash program, households experiencing a heating crisis may be eligible for additional benefits through the LIHEAP crisis program.

The Crisis program will reopen in the Fall of 2016.

Assistance with home heating crisis situations will be available 24 hours a day; in most counties, you should contact your local county assistance office. However, residents of the two counties listed below are encouraged to directly contact their local agencies that operate the crisis component in their areas:

The Academy is offering a free briefing on the report next Thursday, September 29 at 1:30 pm.  This Website gives some background information about the report and has a place for webinar registration.

Webinar: Report on Families Caring for an Aging America: Thursday, September 29 at 1:30 pm

“The demand for family caregivers for adults who are 65 or older is increasing significantly, and family caregivers need more recognition, information, and support to fulfill their responsibilities and maintain their own health, financial security, and well-being, says a new report from the National Academies of Sciences, Engineering, and Medicine.” – SOURCE: ScienceDaily.com 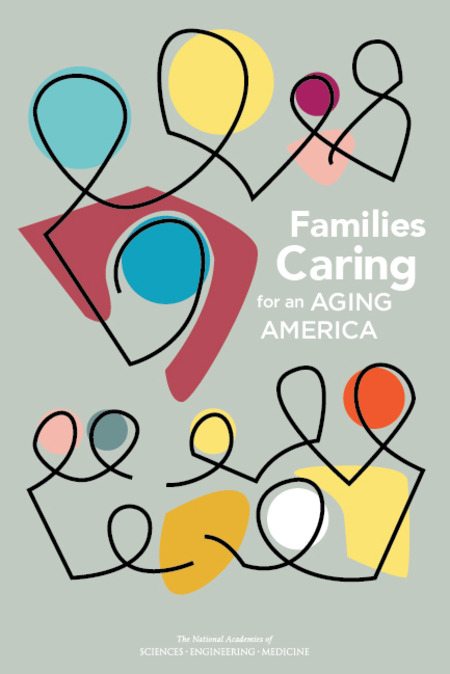 “Family caregiving affects millions of Americans every day, in all walks of life. At least 17.7 million individuals in the United States are caregivers of an older adult with a health or functional limitation. The nation’s family caregivers provide the lion’s share of long-term care for our older adult population. They are also central to older adults’ access to and receipt of health care and community-based social services. Yet the need to recognize and support caregivers is among the least appreciated challenges facing the aging U.S. population.

To buy or download this book, visit the National Academies Press Webpage here.

“Elderly Americans’ well-being is at risk unless the U.S. does much more to help millions of family caregivers who sacrifice their own health, finances and personal lives to look out for loved ones, reported a (recently released) study.

“Nearly 18 million people care for a relative who is 65 or older. ‘The need to recognize and support caregivers is among the most significant challenges’ facing the nation’s swelling elderly population, their families and society, according to the report from the National Academies of Science, Engineering, and Medicine.

“Describing family caregiving as ‘a critical issue of public policy,’ a committee of experts in health care and aging said the next presidential administration in 2017 should direct a national strategy to develop ways to support caregivers, including economically.”

Veterans swimming with whale sharks this month at the Georgia Aquarium in Atlanta as part of their therapy for post-traumatic stress disorder. Credit Melissa Golden for The New York Times

“ATLANTA — Thomas Harris slid into the cool, salty water of a 6.3-million-gallon tank at the Georgia Aquarium here and let himself float limp as kelp.

“Mr. Harris, a former Army medic, gazed through a diving mask at a manta ray the size of a hang glider doing slow somersaults above shifting schools of silver fish. A 21-foot whale shark brushed silently by, inches from his face, its broad, spotted back taking up his entire view. Immersed in the moment, he forgot about the world.

“This is not a weekend hobby. It is part of his therapy for the post-traumatic stress disorder he has been grappling with after his tours in Iraq. And like Mr. Harris, more veterans are turning to these sorts of outside-the-office treatment.

“The broad acceptance of PTSD after the wars in Iraq and Afghanistan has posed an unexpected challenge. Acknowledging PTSD has only spurred a wide-ranging debate over the best way to treat it.”

Read this New York Times article in its entirety here.

Friday Wrap-Up, September 16, 2016 | a message from the Secretary of Aging

Each week the Office of the Secretary of Pennsylvania’s Department of Aging releases a Friday newsletter with information relevant to activities, issues and events for older Pennsylvanians and persons with disabilities across the Commonwealth.Click here to read the September 16  newsletter.

“What is the Perfect Length of Stay?” – Medline

By berkslancasterlebanonlink on September 16, 2016 | 2 Comments

“Once upon a time, if you had to have a knee replacement, you were in the hospital for 10 days. Healthcare liked those days, because they were paid on a fee-for-service model. The longer you stayed and the more you were treated for, the more money they made.

“Those were the good old days.

“The problem now is that we’ve created our own mess with those old fee-for-service ways of doing things. Just look at the infection prevention mandates that have come down over the last eight years, with “never events” and all sorts of other new vocabulary. And now this has extended into length of stay (LOS).

“How Long is Too Long? How Short is Too Short?”

“What It Feels Like to Die | Science is just beginning to understand the experience of life’s end.” – The Atlantic

by Jennie Dear | The Atlantic

“‘Do you want to know what will happen as your body starts shutting down?’

An angel statue that is part of a newly installed memorial to people who have suffered the loss of a child, is shown Monday, Dec. 3, 2012, at Woodbine Cemetery in Puyallup, Wash. The memorial is near where Charlie and Braden Powell were buried after their father, Josh Powell, killed them and himself earlier in 2012 during an investigation into the disappearance of Josh’s wife, Susan. The memorial was paid for with funds donated to Crime Stoppers of Tacoma/Pierce County following the death of the boys. (AP Photo/Ted S. Warren)

“My mother and I sat across from the hospice nurse in my parents’ Colorado home. It was 2005, and my mother had reached the end of treatments for metastatic breast cancer. A month or two earlier, she’d been able to take the dog for daily walks in the mountains and travel to Australia with my father. Now, she was weak, exhausted from the disease and chemotherapy and pain medication.

“My mother had been the one to decide, with her doctor’s blessing, to stop pursuing the dwindling chemo options, and she had been the one to ask her doctor to call hospice. Still,  we weren’t prepared for the nurse’s question. My mother and I exchanged glances, a little shocked. But what we felt most was a sense of relief.

To read this article at The Atlantic in its entirety, click here.

Last month, investigators from the Center for Disease Control and Prevention (CDC)’s National Center on Birth Defects and Developmental Disabilities (NCBDDD), partnering with researchers from the University of New Mexico, published an article in the American Journal of Public Health entitled “Prevalence and Causes of Paralysis- United States, 2013.” The article estimated and characterized the number of people living with paralysis in the United States. Support for this project was provided by CDC, the Christopher and Dana Reeve Foundation, and the Administration for Community Living.

All data from this study came from the 2013 Paralysis Prevalence and Health Disparities Survey (PPHDS).

This paper highlights the importance of better understanding the unique needs and health disparities affecting people living with paralysis.  The importance of public health awareness activities, tailored intervention approaches, and ongoing national monitoring of the prevalence, causes, and associated health effects of paralysis are discussed.

“Failure to Improve Is Still Being Used, Wrongly, to Deny Medicare Coverage” – The New York Times

Edwina Kirby, right, with her daughter Deanna at home in Livonia, Mich. After a fall that broke Edwina’s leg, the Kirbys spent about $100,000 out of pocket on a nursing facility and on at-home care afterward. Laura McDermott for The New York Times

“Edwina Kirby was having a hard time. She had tripped over a rug in her home in Livonia, Mich., and the fall broke a femur. After she had surgery and rehabilitation, an infection sent her back into the hospital. Her kidneys failed, requiring dialysis; she was also contending with diabetes and heart disease.

“By the time she entered Glacier Hills Care and Rehabilitation Center, a nursing facility in Ann Arbor, ‘she couldn’t even feed or dress herself,’ said her daughter Deanna Kirby, 55. ‘She was basically bedridden.’

For months, physical therapists worked with Mrs. Kirby, a retired civil servant who is now 75, trying to help her regain enough mobility to go home. Then her daughter received an email from one of the therapists saying, ‘Edwina has reached her highest practical level of independence.’”