“Alzheimer’s deaths are creeping up in number” 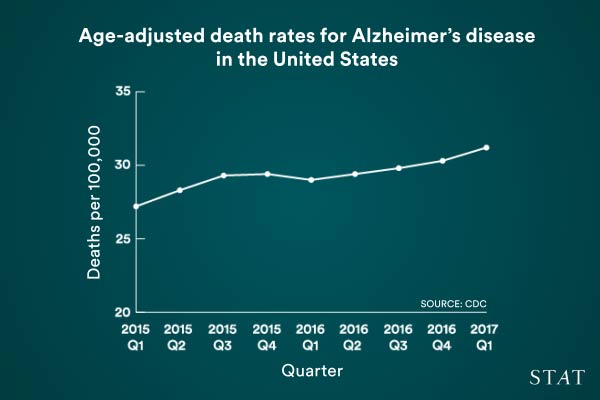 A news item from today’s STAT: Morning Rounds e-blast: “The death rate from Alzheimer’s disease in the U.S. is creeping up, according to new numbers out from the CDC this morning. There were just over 31 deaths due to Alzheimer’s disease per 100,000 people in the past year, up from 29 the year before. And while that might seem like a small difference, it’s worth noting — the increase translates to thousands more deaths from Alzheimer’s in the past year. CDC officials tell me that the increase might be due in part to increased awareness about the disease and, in turn, increased reporting of Alzheimer’s deaths. – STATNews