“Why does the U.S. spend so much on health care?” – STAT: Morning Rounds 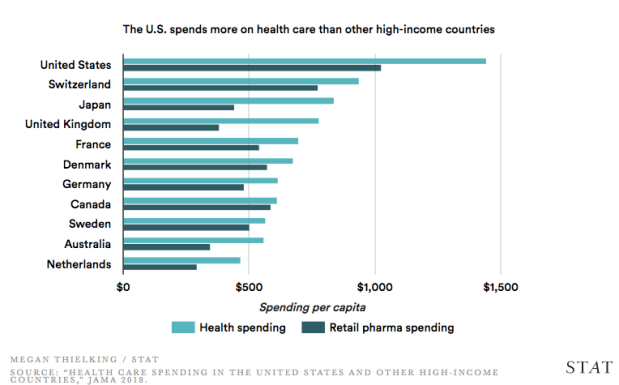 “A new report finds the U.S. spent nearly twice as much on health care in 2016 as 10 other high-income countries — but by and large, our health outcomes are worse. The U.S. had the highest maternal and infant mortality rates and the lowest life expectancy of the 11 countries included in the study. So what’s driving that difference in spending? A look at the numbers: