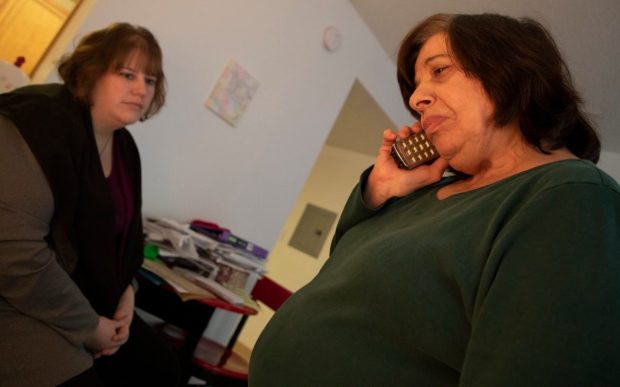 “Janet Simeone calls ACCESS, a door-to-door paratransit service in Allegheny County, to confirm an upcoming ride. Whether or not the paratransit shows up on time is a point of anxiety for Simeone.”

“Janet Simeone never expected to live on her own. Yet at age 71, she’s four years into living alone in a Greenfield apartment.

“Simeone has been diagnosed with an intellectual disability.

Combined with depression and anxiety, she has difficulty doing things on her own, including making friends and living independently.

“Simeone lived with her aunt, Laurie Raffaele, for almost 10 years. And it was her aunt who ultimately pushed her to try living alone. She thought it would help Simeone feel control over her life and provide an opportunity for her to make friends.

“One day, her aunt told her about an apartment she’d found in Greenfield.”

Read this article at Public Source in its entirety, click here.

Posted in: Aging in place, Disabilitiies