What’s behind the “OK, Boomer” surge

“A word to the youngs: The shiny tools of modernity will always fall prey to the ancient flaws of humanity.” – extracted from this New York Times opinion piece about US Representative Katie Hill’s resignation statement during which she stated:

“The forces of revenge by a bitter jealous man, cyber exploitation and sexual shaming that target our gender and a large segment of society that fears and hates powerful women have combined to push a young woman out of power and say that she doesn’t belong here.” 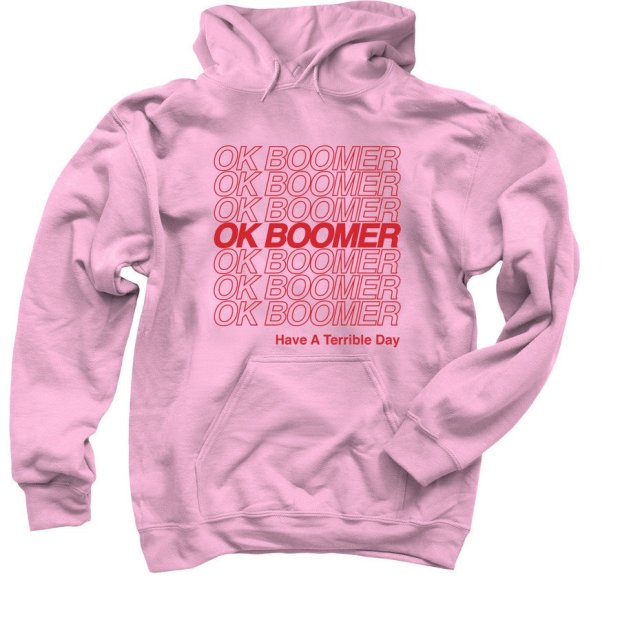 It’s somewhat scary that this intergenerational conflict was a central theme in the 2011 novel by Albert Brooks.

Ok Boomer: Cool or Not Cool?

“Ok Boomer” merch sent us through a range of emotions from indignation and outrage to wanting to reach out. Ultimately we asked: Is it worth the fight? – Weareagisy.com