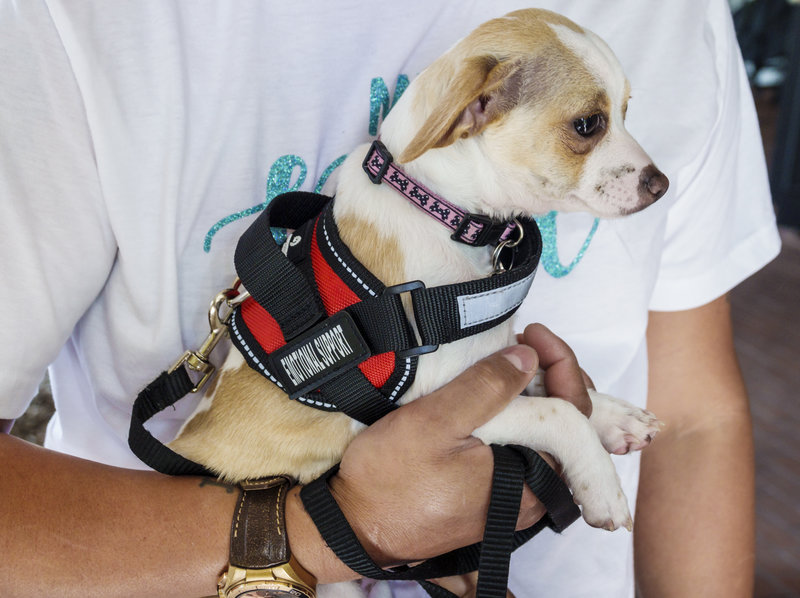 “The days of bringing your emotional support cat, pig or even a miniature horse on a plane may soon be coming to an end. The federal government is enacting a new rule restricting the types of service animals allowed on commercial airline flights, allowing only dogs that meet specific training criteria.

“The new Department of Transportation rule is in response to a growing backlash in recent years to airline passengers trying to bring all kinds of wild and outlandish pets onto planes, including the woman who tried to bring an “emotional support” peacock on board a United Airlines flight in 2018, and the “comfort” turkey that was actually allowed to fly on Delta Airlines back in 2016.

“‘It’s gotten really out of control,’ says Paul Hartshorn, Jr., a flight attendant for American Airlines and spokesperson for the flight attendants’ union there. ‘For years, our members have been dealing with untrained, sometimes wild animals in the aircraft cabin.

“‘For the most part, I will say it’s dogs that are not properly trained, but we’ve seen everything from pigs, to monkeys, to hamsters. You name it, we’ve seen it,’ Hartshorn added.

“The untrained animals can have behavioral issues, and some even relieve themselves on the plane.”