“The private plans known as Medicare Advantage now cover more than 4 in 10 Medicare beneficiaries, reflecting a more than doubling of enrollment over the past decade even as the plans remain a far larger presence in some states than others, according to a new KFF analysis.

“More than 26 million of the nation’s nearly 63 million Medicare beneficiaries are enrolled in Medicare Advantage plans in 2021. The share varies considerably by state, ranging from less than 20 percent in Vermont, Maryland, Alaska, and Wyoming, to more than 50 percent in Minnesota, Florida, and Puerto Rico, the analysis finds.

‘The new analysis is one of three released by KFF today that examine various aspects of Medicare Advantage, a type of Medicare coverage that the Congressional Budget Office has projected will cover 51 percent of all Medicare beneficiaries by 2030.

“One brief provides current information about Medicare Advantage enrollment, including the types of plans in which Medicare beneficiaries are enrolled, and how enrollment varies across geographic areas. A second analysis describes Medicare Advantage premiums, out-of-pocket limits, cost sharing, extra benefits offered, and prior authorization requirements. A third compares Medicare Advantage plans’ star ratings and federal spending under the quality bonus program.
“Among other key findings: END_OF_DOCUMENT_TOKEN_TO_BE_REPLACED

Dr. Kingsley R. Chin was little more than a decade out of Harvard Medical School when sales of his spine surgical implants took off.

Chin has patented more than 40 pieces of such hardware, including doughnut-shaped plastic cages, titanium screws and other products used to repair spines — generating $100 million for his company SpineFrontier, according to government officials.

Yet SpineFrontier’s success arose not from the quality of its goods, these officials say, but because it paid kickbacks to surgeons who agreed to implant the highly profitable devices in hundreds of patients.

In March 2020, the Department of Justice accused Chin and SpineFrontier of illegally funneling more than $8 million to nearly three dozen spine surgeons through “sham consulting fees” that paid them handsomely for doing little or no work. Chin had no comment on the civil suit, one of more than a dozen he has faced as a spine surgeon and businessman. Chin and SpineFrontier have yet to file a response in court.

Medical industry payments to orthopedists and neurosurgeons who operate on the spine have risen sharply, despite government accusations that some of these transactions may violate federal anti-kickback laws, drive up health care spending and put patients at risk of serious harm, a KHN investigation has found. These payments come in various forms, from royalties for helping to design implants to speakers’ fees for promoting devices at medical meetings to stock holdings in exchange for consulting work, according to government data.

Health policy experts and regulators have focused for decades on pharmaceutical companies’ payments to doctors — which research has shown can influence which drugs they prescribe. But far less is known about the impact of similar payments from device companies to surgeons. A drug can readily be stopped if deemed harmful, while surgical devices are permanently implanted in the body and often replace native bone that has been removed. END_OF_DOCUMENT_TOKEN_TO_BE_REPLACED

“Aging While Black: The Crisis Among Black Americans as They Grow Old” – The Crisis

by Rodney A. Brooks

“After a lifetime of racial and health inequities, Black seniors are at risk of spending their last years with declining health, little income and virtually no savings.

“Numerous studies have noted that Black Americans have worse health than their white counterparts, including chronic diseases and disabilities leading to shorter and sicker lives than white Americans. A recent 2016 CIGNA Health Disparities report found:

“Black women, said Tyson Brown, associate professor of sociology at Duke University, suffer from some of the highest levels of diabetes, hypertension, and other disabilities. Their health problems limit their ability to continue working. But many Black women have to continue working because of declining income as they age.

Continue reading this article at The Crisis, click here.

“A recently submitted bill in the US Senate seeks to make permanent several emergency telehealth measures enacted during the pandemic.” 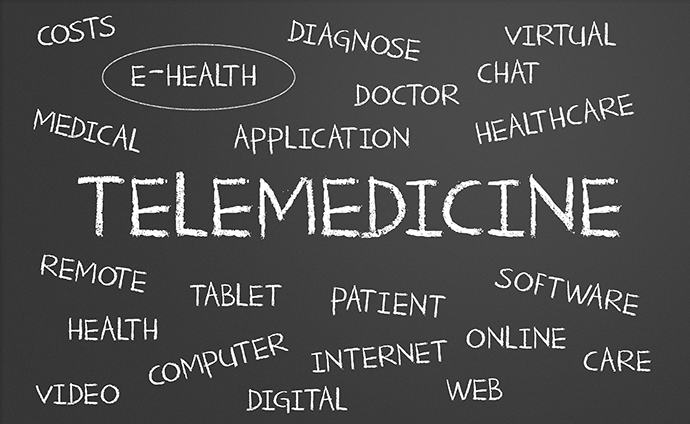 “A group of Senators has submitted yet another bill aimed at permanently extending Medicare coverage for certain telehealth services beyond the pandemic.

“In a press release, Manchin and his colleagues said the bill would:

Harrisburg, PA – The Pennsylvania Department of Aging today encouraged Medicare beneficiaries to make the most of their preventive benefits that could help them save money and live healthier lives through preventive care. The department recently launched a five-week media campaign to promote awareness of these benefits.

“Navigating the Medicare system sometimes can be difficult. Once beneficiaries are aware of how they can make their benefits work for them, they will see greater health outcomes,” said Susan Neff, APPRISE director. “Our trained staff and volunteers look forward to speaking with Medicare beneficiaries who are interested in hearing about these preventive benefits in their plan or discuss ways to save money through Extra Help or a Medicare Savings Program.”

Medicare beneficiaries with questions or wanting to learn more information can call the APPRISE Helpline at 1-800-783-7067.

To learn more about the APPRISE Program or becoming a volunteer, click here.

“But one of the most important and proactive steps to protecting your future self is building and maintaining a stable care team that nourishes and supports all aspects of your health.

“If you seek out care only in crisis, you’re more likely to receive care that isn’t a good match or aligned with your preferences and health goals.

“This guide explores how to choose a health care provider or replace a retired one, build relationships with physicians and access specialty care.

“To stay grounded in fact, look for physicians who rely on evidence-based practices.”

Continue reading this article at next avenue, click here. 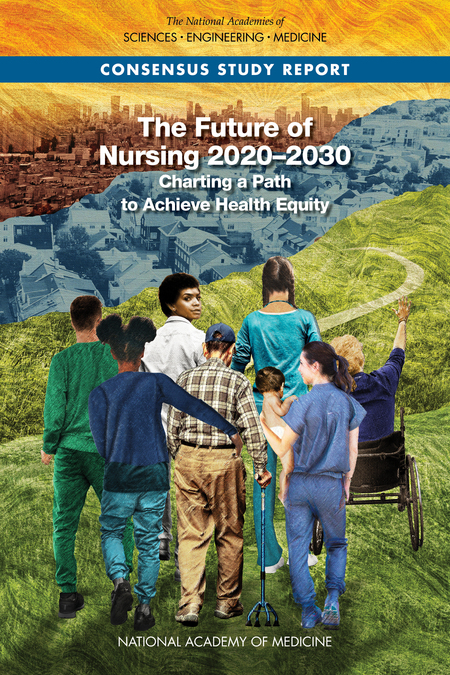 “The year 2020, the bicentennial of Florence Nightingale’s birth, was designated by the World Health Organization (WHO) as the International Year of the Nurse and the Midwife. According to WHO, ‘Nurses and midwives play a vital role in providing health services. These are the people who devote their lives to caring for mothers and children; giving lifesaving immunizations and health advice; looking after older people and generally meeting everyday essential health needs. They are often, the first and only point of care in their communities.’”

“It’s about time we as a nation acknowledged the critical importance of caring for adults in their fragile years to both the economy and the fabric of our society.”

“President Biden’s American Jobs Plan includes a provision to invest $400 billion in “caregiving infrastructure,” including to create jobs and raise wages and benefits for workers who care for the elderly.

“Having built a 40-year career as a care manager to older adults, my first reaction to this news was sheer jubilation. It’s about time we as a nation acknowledged the critical importance of caring for adults in their fragile years to both the economy and the fabric of our society. Once I’d come back down to earth, I began to wonder: In what other ways might a $400 billion investment be used to jumpstart the sort of fundamental change our eldercare system so desperately needs?

“As everyone knows, the coronavirus hit nursing homes and other long-term care facilities the hardest. Their residents constitute less than 1 percent of the U.S. population yet accounted for at least 32 percent of all COVID-19 deaths. To date,182,000 COVID fatalities occurred in long-term care facilities, residents and staff combined. What seemed minor by comparison was the emotional blow for families unable to visit their loved ones in nursing homes.

Continue reading this article in its entirety at The Hill, click here. 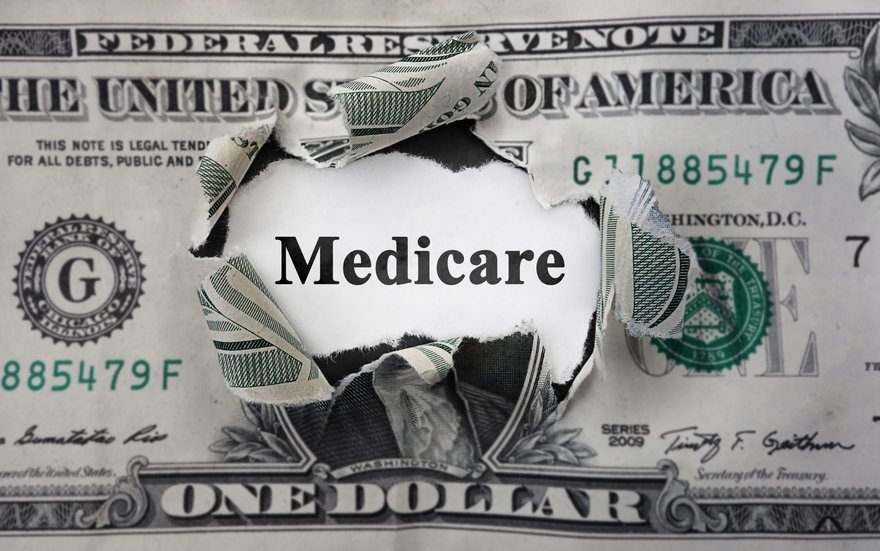 “’This results in a 40% lower cost burden for consumers than traditional Medicare’” said Allyson Schwartz, president and CEO of Better Medicare Alliance, in a statement. ‘The consumer savings in Medicare Advantage translates to meaningful financial security and peace of mind for millions of beneficiaries.’

Click to continue reading this article at Fierce Healthcare.

“‘Providers Don’t Even Listen’: Barriers To Alzheimer’s Care When You’re Not White” – NPR 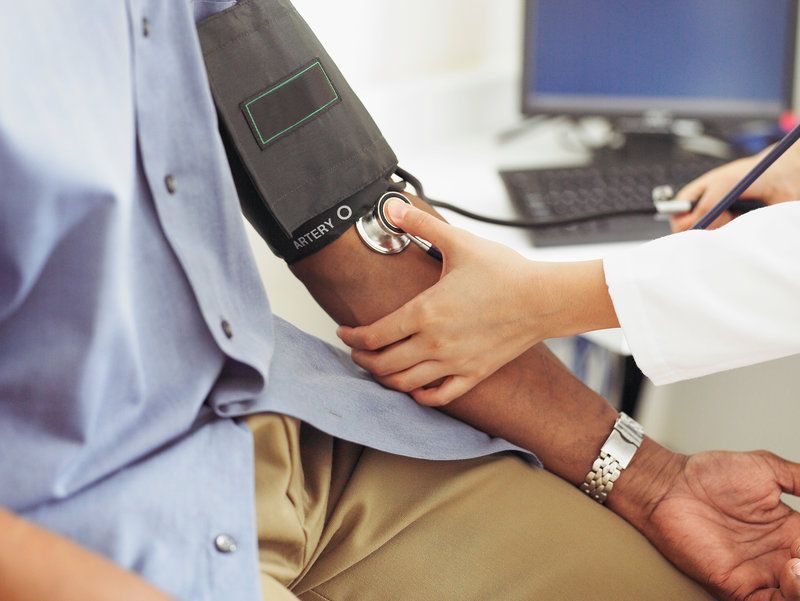 “As a researcher at the Allen Institute for Brain Science in Seattle, Alice Mukora says she understands the need to enroll diverse populations in Alzheimer’s research. But that would be more likely to happen, she notes, if people of color had better experiences getting Alzheimer’s care.” – Siri Stafford/Getty Images

“Many members of racial and ethnic minority groups say they face extra barriers when seeking care for a friend or family member with Alzheimer’s disease.

“Black, Hispanic, Asian and Native American caregivers were far more likely than whites to encounter discrimination, language barriers and providers who lack cultural competence, according to a report released Tuesday by the Alzheimer’s Association.

“One major concern reported by those trying to get treatment or other support for a loved one is that ‘providers don’t even listen to what they are saying, perhaps because of their race, color or ethnicity,’ Carrillo says. ‘What they’re experiencing is actually affecting their care,’ she notes.”

Read this NPR article in its entirety, click here.