“Poll: 1 in 4 don’t plan to retire despite realities of aging” – WorkingLongerStudy 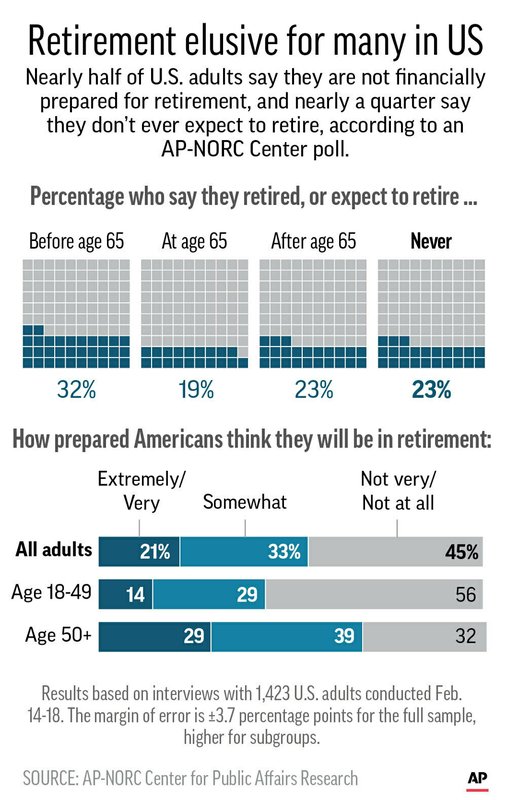 “CHICAGO (AP) — Nearly one-quarter of Americans say they never plan to retire, according to a poll that suggests a disconnection between individuals’ retirement plans and the realities of aging in the workforce.

“According to the poll from The Associated Press-NORC Center for Public Affairs Research, 23% of workers, including nearly 2 in 10 of those over 50, don’t expect to stop working. Roughly another quarter of Americans say they will continue working beyond their 65th birthday.

“According to government data, about 1 in 5 people 65 and older was working or actively looking for a job in June.”

Click here to read this article in its entirety.

“Most Older Americans Face Age Discrimination in the Workplace, New Survey Finds: Forty-five percent say the growing trend toward delayed retirement is good for the economy.”