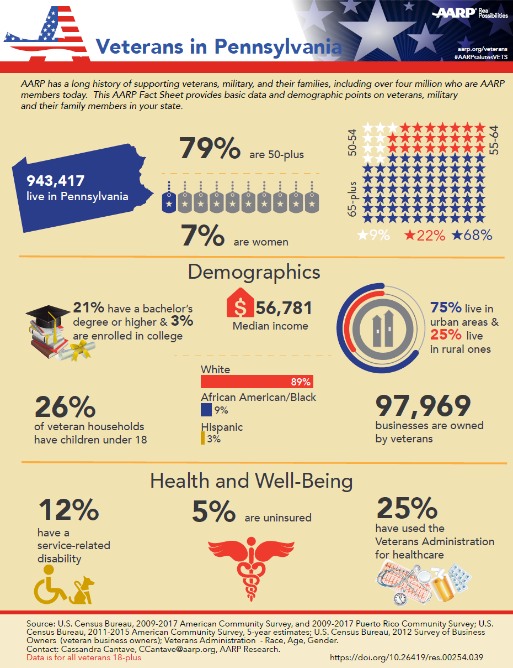 “AARP has published the 2019 Veterans in America Infographics. The infographics contain demographic data as well as data on veteran’s health and well-being, including use of the Veterans Administration for healthcare services. Each individual state has its own infographic which profiles veterans in that state.”