“Roads Are Getting Deadlier For Pedestrians; Fatality Rates Are Worse For Minorities” – NPR 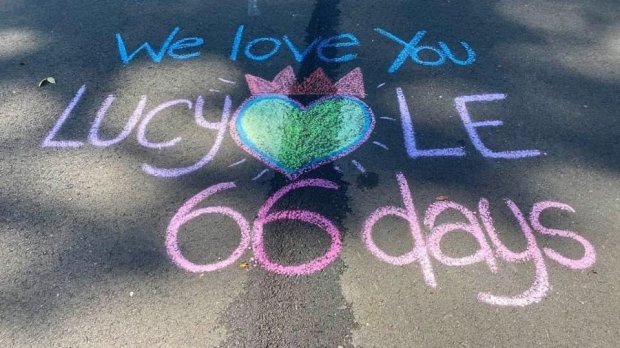 “Last summer, Lucy Le was killed on a street near her Virginia home by a neighbor backing out of her driveway. Her daughter, Laura Pho, now draws a new memorial to her mother every day on the pavement where she died. “It’s my meditation,” she says. “It’s my way of honoring her.” – Courtesy of Laura Pho

“Every day, Laura Pho walks outside her home and creates a new memorial — a chalk drawing, usually of a heart — on the patch of pavement where her mother died last summer.

“‘I can see it from my office window,’ Pho says. ‘It’s nice to be able to see just these bright, beautiful drawings that remind me of my mother, who was also bright and beautiful.’

‘Pho’s mom, Lucy Le, was out for her daily meditative walk when a neighbor backing her SUV out of her driveway struck and killed her. Pho ran out immediately to the scene, and her life ‘shattered into a million pieces,’ she says.

“Lucy Le’s death was part of a tragic trend. According to a report from the Governors Highway Safety Administration, which tracks pedestrian fatalities, America’s roads are getting deadlier.”

Click here to read this article at NPR in its entirety.