“All too often, returning citizens face enormous barriers that endure long after they have paid their debts to society – and with over 600,000 individuals released from federal and state prisons every year, societal choices about how we treat reentering individuals will have far-reaching implications for all of us. Without effective reentry policies, we risk perpetuating cycles of violence, victimization, incarceration and poverty in our neighborhoods. We risk wasting the potential of millions of Americans whose past mistakes continue to exclude them from the chance to contribute to their communities. That’s why the Reentry Council is dedicated to expanding access to the key building blocks of a stable life – employment, education, housing, healthcare, and civic participation – to give formerly incarcerated individuals a second chance and to create stronger and safer communities for all.” – S0URCE: “THE FEDERAL INTERAGENCY REENTRY COUNCIL : A Record of Progress and a Roadmap for the Future“ 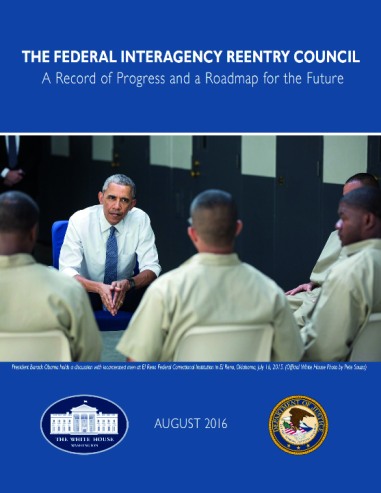 Harrisburg, PA – Governor Tom Wolf and Attorney General Josh Shapiro, along with  members of the governor’s cabinet and legislators, announced (on May 15, 2017) the launch of the Pennsylvania Reentry Council (PRC), created to educate the public, members of law enforcement and criminal justice, and policymakers on why supporting prisoner reentry efforts is essential to reducing crime and violence. The council will provide a forum for the sharing of best practices on reentry and will help to identify barriers to successful reentry for persons with criminal records.

“In Pennsylvania, 90 percent of the prison population will return to their community,” Governor Wolf said. “And if we are not successful at getting them the services they need to make it home, then all of our work, all the rehabilitative programming, all the money we’ve spent to get them ready to return home is rendered useless. Pennsylvania has had a large but fragmented network of reentry services, but today with the announcement of the Reentry Council, we can unite the state’s multiple reentry partners into one statewide reentry council.”

“For too long, we’ve relied solely on incarceration to prevent crime and violence,” said Attorney General Josh Shapiro. “By working collaboratively with law enforcement, state and local government and communities, we can create new strategies to expand opportunities and assist returning citizens as they reenter their communities, and make our commonwealth safer as a result.”

The Department of Correction (DOC), the Pennsylvania Board of Probation and Parole (PBPP), the Pennsylvania Commission on Crime and Delinquency (PCCD), 21 regional reentry coalitions, and numerous reentry services providers work regularly to improve the outcomes of reentrants and increase public safety—but often in silos and without clear direction.

Members of these state agencies and the departments of Human Services, Labor & Industry, Education, and Transportation, the Pennsylvania State Police, the Office of Victim Advocate, and the existing 21 regional coalitions will be part of the new PRC, which will be the center of reentry efforts for the commonwealth to establish common goals, promote evidence-based practices, and encourage collaboration and coordination across all stakeholder groups. PRC will build on the individual successes of reentry organizations and identify and eliminate weaknesses.

The PRC will work to promote collaboration between federal, state, local, and community reentry stakeholders and identify and implement successful evidence-based reentry programs.

“The reentry process begins upon an individual’s admission into the correctional system and continues through release and into their community,” Governor Wolf said. “To continue Pennsylvania’s historic inmate reduction – over 2,000 individuals since January 2015 – we must expand reentry services and build on the good work already being done by stakeholders. The new Reentry Council will do just that.”

“One of the most impactful ways to lower our recidivism rate is meaningful re-integrative services and removing the barriers to re-integration,” Representative Jordan Harris said on behalf of the Pennsylvania Legislative Black Caucus. “We applaud the governor and the Attorney General for their foresight to establish this council and look forward to working with the council for the betterment of our commonwealth.”

At the state level the Wolf Administration continues to implement policies and expand services to improve reentry, reduce recidivism, and increase public safety. Among those efforts, Governor Wolf introduced a ‘Ban the Box’ Fair-Chance hiring policy for state agencies that will remove the criminal conviction question from both civil and non-civil service employment applications for agencies under the governor’s jurisdiction. Ban the Box allows for reentry services in Pennsylvania to work by providing applicants a fair chance to be judged on their qualifications, not their criminal history.

Also, Governor Wolf signed Act 5 of 2016 into law, which removes barriers to employment by sealing minor criminal records for those who have been crime-free for 10 years. Farther reaching ‘clean slate’ legislation is anticipated later this year to provide for “automatic” sealing of non-violent misdemeanor records after 10 years.

Following the press conference, the first meeting of the Reentry Council was held at the Attorney General’s Office. (SOURCE: news release)