“Fraying at the edges” – The New York Times 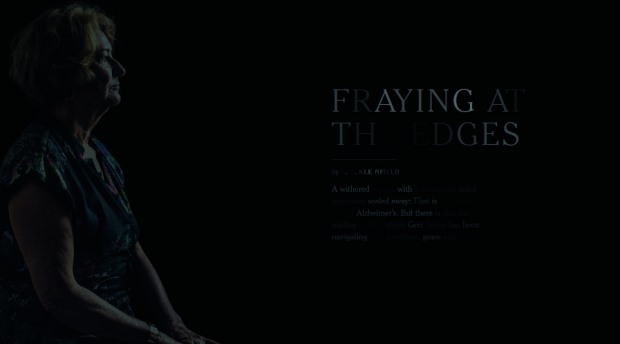 When you click on the graphic above, you’ll open the link to the exceptional New York Times article, “Fraying at the edges.”

Almost certainly, as the graphic opens, you begin to see the shaded disappearing words … pieces of ideas that are indicators of what life with memory-loss must be like.

“Fully aware that an earthquake had occurred in her life, she knew this disease was bottomless in its unhappiness if you let it take you there. Yet her belief system was optimism. She never cried. Depression, she knew, would lead her down alleys she didn’t want to visit and held nothing for her.”

Click here to read this exceptional article at The New York Times.

“What is Alzheimer’s Disease?” – The New York Times

Find out more about the disease at these local events:

May 19 – Save the date! 5th Annual Early State Symposium | “Navigating the Journey of Dementia”

Check out the listings of events for the Pennsylvania Link to Aging and Disability Resources partners’ networks in Berks, Lancaster and Lebanon Counties.

Also in the newsletter, “Tomorrow is National Prescription Drug Take-Back Day, a day set aside by the Federal Drug Administration (FDA) to team up with local law enforcement agencies across the country to assist in the safe disposal of unwanted, unused,or expired prescription drugs.”

Click here to find a place near where you live that will be accepting your unused prescription drugs.

PA Department of Aging invites you to “Blaze A Trail” event

Pennsylvania’s older adults make a difference. Every day, they give their time and energy to serving and strengthening our communities. With a wealth of experience and compassion, they show that older Pennsylvanians never stop giving back.

Since 1963, the month of May has been designated as the time to celebrate Older Americans Month.  The Department of Aging is proud to continue this tradition and invites you to pause with us as we take the opportunity to focus on how older Pennsylvanians are leading and inspiring others in our nation, our commonwealth and our communities.

The theme for this year is Blaze a Trail, which emphasizes the ways older adults are reinventing themselves through new work and new passions, engaging their communities, and blazing a trail of positive impact on the lives of people of all ages.

“22 veterans die from suicide each day”

The Pennsylvania Link to Aging and Disability Resources | Berks-Lancaster-Lebanon Service Area partners’ networks and Lebanon County partner, Compeer of Lebanon, have acquired copies of the video, Project 22, the story of a journey of “two combat-wounded veterans (who) set out to end a little-known epidemic in America.

“Their 6,500-mile cross-country mission was to raise awareness of the high rate of suicide amongst Veterans and show their brothers and sisters-at-arms that there is hope for them. During their journey, they interviewed researchers, healthcare providers, and Veterans. Many of those they encountered had either contemplated or attempted suicide and were able to share the life-saving alternative sources of hope that they had found. Asking hard-hitting questions and opening up about their own struggles, and painfully spurred on by recent estimations that 22 veterans are taking their own lives every single day, Daniel and Doc will stop at nothing to reach tomorrow’s twenty-two.

“Project 22 includes interviews with veterans who have found help and support for problems they faced after coming home through various therapies and programs. Some which they found effective in easing their pain are shown in the film and include: Hyperbaric Oxygen Therapy, Equine therapy, Military Therapy Dogs, Meditation, Veteran Sailing Groups, Transcranial Magnetic Stimulation, and more.”

Compeer of Lebanon County  and the Pennsylvania Link to Aging and Disability Resources want to share the Project 22 story – if your organization wants to host a FREE screening of this important message, contact:

“Suicide among our nation’s troops and veterans is a major problem. They deserve immediate access to world-class mental health care, but sadly don’t often get it. Send a message to Congress demanding more support and resources for our country’s greatest heroes.”

How can you help?

“The Secret Shame of Middle-Class Americans” – The Atlantic

This article in The Atlantic, says Nextavenue.org blogger, Richard Eisenberg, speaks of the “millions of middle-class Americans have serious, sometimes dire, money challenges. In certain cases, they’re still trying to recover from the Great Recession and the real estate and stock market crashes of 2008-2009. They’re stuck with underwater mortgages, they’ve lost jobs, their incomes have plummeted while their expenses have risen and they’re pummeled by the steep cost of college.”

The Secret Shame of Middle-Class Americans | Nearly half of Americans would have trouble finding $400 to pay for an emergency. I’m one of them. – The Atlantic

“The Dangers of ‘Polypharmacy,’ the Ever-Mounting Pile of Pills” – The New York Times 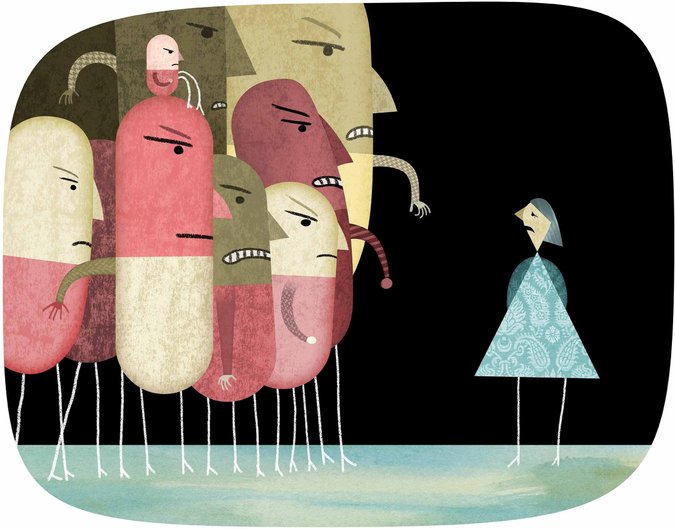 “‘A cardiologist puts someone on good, evidence-based medications for his heart,’ said Dr. Alexander, co-director of the Johns Hopkins Center for Drug Safety and Effectiveness. ‘An endocrinologist does the same for his bones.’

“And let’s say the patient, like many older adults, also uses an over-the-counter reflux drug and takes a daily aspirin or a zinc supplement and fish oil capsules.

Check out the listings of events for the Pennsylvania Link to Aging and Disability Resources partners’ networks in Berks, Lancaster and Lebanon Counties.

Many people face different challenges in Lancaster County, and it’s just a matter of finding the right assistance to help us through them.  The Let’s Talk Lancaster Expo will feature exhibitors and breakout sessions to spotlight the local services and organizations that support your mental well-being.  Stop by and learn more about changing the conversation about mental health. It’s free to attend. Click here to register.

Visit our exhibit hall or learn about these topics in our breakout sessions:

“Finding medical care in today’s changing healthcare landscape can be difficult. But can be especially daunting for family members of adults with intellectual disabilities.

“Nearly three decades ago, learning about how to take care of a disabled child wasn’t on Maureen Westscott’s radar. But then the Lititz woman’s third child was born. ‘I am a parent of a 27-year-old woman with intellectual disabilities, and we have needed various degrees of medical care as she needed significant operations when she was born due to facial abnormalities.’

“Suddenly, Westcott and her husband were consumed by doctor’s appointments, medical bills, and thinking about how to get their daughter, Elise, the best care. When Westcott’s husband died at a young age, it was up to Maureen to take over as Elise’s primary caregiver, which she says was daunting.”

Westcott is the executive director of The Arc of Lancaster County. 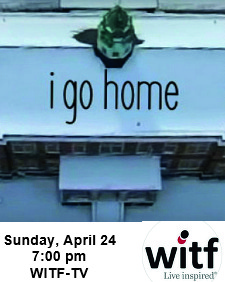 “I Go Home” – the film that “examines the struggles and triumphs for people with intellectual disability from the early 19th century to the present day” – will be shown on WITF-TV on Sunday evening at 7:00 pm.

The Housing Alliance is Pennsylvania’s leading advocate to ensure Pennsylvanian have access to safe, decent, and affordable homes. It was the driving force behind the statewide expansion of Pennsylvania’s Housing Trust Fund in 2015.   “We are bringing someone with passion and a unique depth and breadth of experience to Pennsylvania,” said board president Gail Hoffmann. “Phyllis has been an advocate for housing and homelessness issues for more than decade. She is a coalition-builder, and is skilled in bringing together people from diverse communities and perspectives.”

Ms. Chamberlain has extensive policy advocacy experience on the state and federal level. She served as the Director of Field Mobilization for the National Alliance to End Homelessness for over five years, directing federal policy initiatives to secure additional funding and policy changes for affordable housing and homeless assistance programs..

She played a key role in the building of the Virginia Coalition to End Homelessness (now called -Virgina Housing Alliance), in Richmond, Va., between 2008 and 2014.  Under her leadership, the coalition became an influential presence across Virginia. She played a role in the development of Virginia’s Housing Trust Fund, and in the state’s nationally-recognized effort to reduce veterans’ homelessness.

In Delaware, Ms. Chamberlain has been leading the state’s effort to respond to homelessness, including the creation of the Continuum of Care Board and bringing state and local funders together to develop a plan to leverage private funds to fill in gaps in services to people experiencing homelessness.

She begins work on June 6.